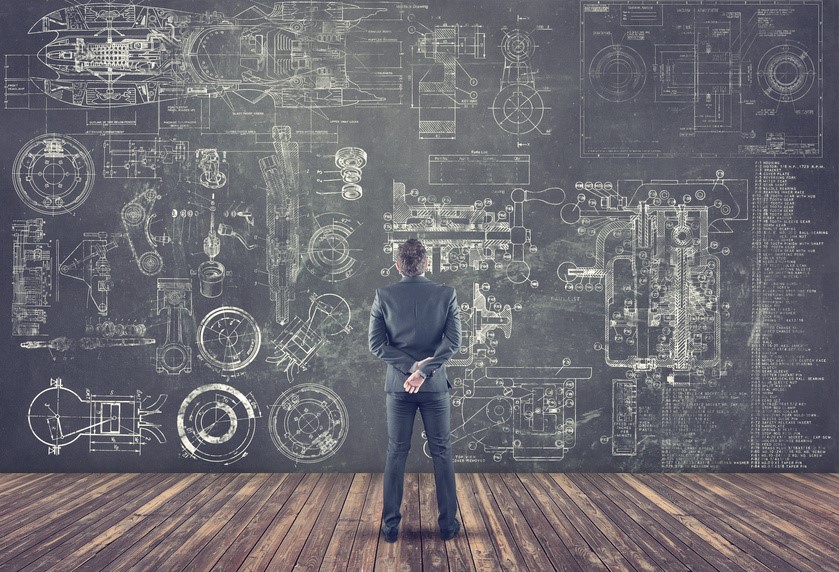 Toyota has found more advantageous to know in advance and in depth the model / design of a product, than to know the result of production prototypes after being tested. This theory makes possible to satisfy customers and at the same time create projects that, in essence, never fail!

This concept was extensively tested more than a hundred years ago by the Wright brothers, inventors and pioneers, who were credited to develop the first heavier-than-air flying machine.

Talented engineers have long tried to make fly manned aircraft, albeit without success. The Wright brothers have managed to achieve such feat! The brothers transformed the development front-end into a decision-making process and into a focused and surgical learning, eliminating the rework and the complex processes inherent to the development of new projects.

This model is the origin of the concept test & learn before design and that in practice has four effective steps:

2º To repeat until it is feasible

On the other hand - and in opposition - the current paradigm of product development reverses the priorities described above starting with a concept phase, followed by a planning and design phase, and only then, the testing and launch phase and the final phase of production.

The inventor Samuel P. Langley invested approximately $ 70,000 in the application of the design-build-test-repeat model for 17 years, resulting in planes that never flew. The Wright brothers, in turn, needed less time; for four years they dedicated approximately 22 months, invested about $ 1,000 and implemented a model that consisted in testing and experimenting-repeating until it is feasible and then, they started to build. In other words, an inverted model of the previous one. A new paradigm of product development in Set Based Engineering walks in, marking the importance and the need of testing before design the final product. There is a goal of efficiency in this model, since it is intended to capture knowledge for future use, as well as the decisions that have been taken by bottleneck, then, eliminating alternatives that do not respect the technical constraints or do not meet the client's needs. The Set Based Engeneering is based on the decision-making to achieve knowledge - Set-Based Decision-Making. This model allows to:

·         Flow between areas of expertise – collaboration

·         Make visible what should be learned for future convergence

The first step is to capture the interests of the customer - end customers, product users or project managers in which products are used - basically, understand their needs and motivations.

It is imperative that customer interests are expressed in a measurable way for a better understanding by the internal development teams, facilitating comparison with the competitive offer.

The next step consists on the survey of the main technical characteristics that impact these same interests and on the mapping of the relationships. The unknown relationships are then prioritized, and the learning schedule for these relationships is called the project feasibility plan. Subsequently the relationships are studied by the engineering teams, in several distinct learning cycles, which are preferably developed in environments that simulate the end user of the product, on an industrial scale, to better mimic reality and validate the fulfilment of the client’s interests.

As new knowledge is generated in the learning cycles, it is shared with the engineers who are working on the remaining cycles in knowledge integration events - these events are the assurance of an adequate information flow between the entire project team.

Again, the secret lies in sharing after all : in sharing knowledge and reusing it for the following developments and actions!

Kaizen Institute is a multinational company that supports organizations in the design and implementation of processes that enable continuous improvement in a sustained manner.

The Future is Hybrid