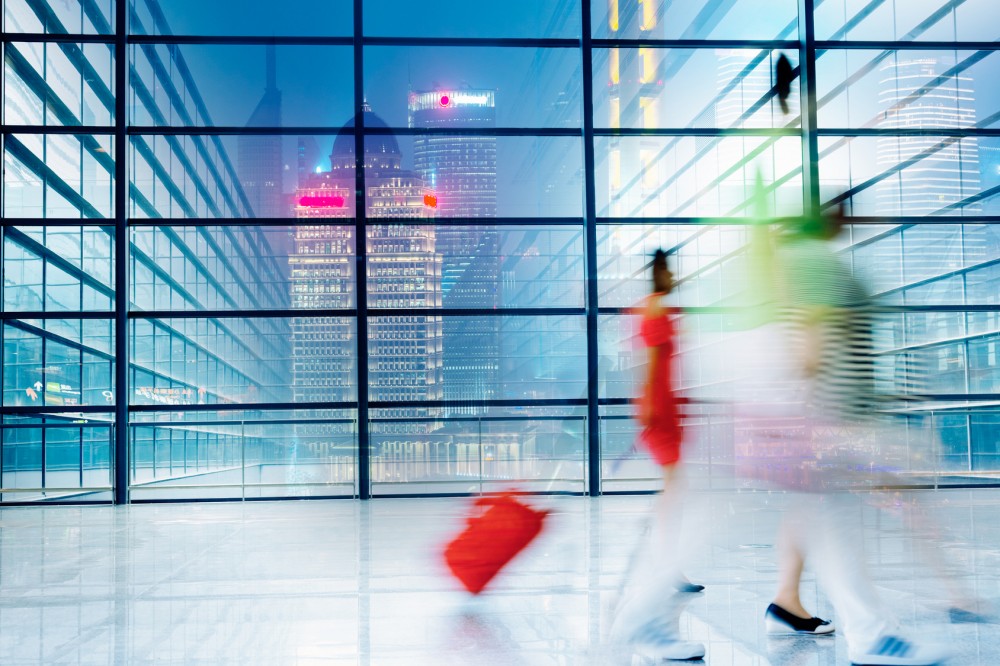 In a world where there are many challenges and immense opportunities, it is essential to understand that the results achieved by technology will be better as the level of organisational and operational excellence of a city or territory increases.

Imagine a city with information that fits you: from changeable billboards, to personalised restaurant menus or even real-time information about available accommodations, main routes and the best route to follow. Imagine a city thought out and organised in the most intelligent way possible, from transport to waste management, with the aim of not only making everyday life simpler, but also encouraging the reduction of resource consumption and protection of the environment (Khanna 2016). This is already a reality closer than we think and that has motivated several debates such as the one held at the 27th Digital Business Congress in Lisbon, Portugal.

The term digital or smart city has become recurrent in the world of technology and business. And this is just the beginning. In 2021, savings of about US $ 19 billion are expected to be achieved as a result of the reduction of energy consumption and atmospheric emissions and the consequent application of technology in support of efficient cities (Real Readers 2016). And although it looks like an utopian vision, Singapore, Barcelona, London, San Francisco and Oslo already lead the world top in technological evolution and we do not believe they will stop just right there.

This need is accelerated by the steep growth of mega cities - urban territories with a population of more than ten million people - that require a fast development of infrastructures, public services and environmental sustainability. While developed countries are using technology to make their cities efficient and attractive to live, visit and invest, developing countries are looking for digital solutions that will enable them to respond to current and future massive population growth, rural migration to urban centres and scarcity of resources.

What was once a visionary notion is now normal: technology is as essential as water, gas, and electricity. The revitalisation of an aging city or its greenfield building should prioritise the application of technology at an early stage, as well as other utilities, integrating a holistic and service-oriented approach to the revitalisation of urban centres.

The European Union itself is alert to the change and has decided to grant 1,7 million to the city of Lisbon to implement measures that make the city more sustainable. This program - Sharing Cities - began in 2016 and aims to lead to Lisbon, London and Milan to test solutions within five years, and serve as an example to the three cities. In the end, the changes should be extended to the rest of Europe.

The success of digital cities and territories depends on convergence to integrated operations management, which must occur from a physical point of view - with all critical decision makers concentrated in a single space - and from a digital point of view - with intelligence urban platforms that integrate the different verticals of several operational solutions of a city. If so, it is essential to efficiently and rigorously manage all the information collected, let it be a part of history, obtained in real time. On this issue, see the example of Cascais, where, in July 2016, MobiCascais was born - an integrated mobility platform that came to break with the mobility model as we know it.

This project, carried out in partnership with the Kaizen Institute, aims to create a unique mobility ecosystem for the end user, migrating from an offer-based approach to a costumer-centered perspective. The platform allows the user to choose their mix of mobility solutions based on the generated comfort, convenience, time, cost and ecological footprint. The project aims to integrate different transport options - car, train and bus - adding 1,200 bicycles, 5 support bus lines and more than 21 thousand parking spaces to the village.

The benefits are undeniable and compelling. Over the next decade, projected structural changes are expected to result in 50% reductions in energy consumption and 80% in water consumption, as well as 20% reductions in car traffic and crime rates (Elfrink 2012).

While playing an admittedly critical facilitative role, technology alone is not a solution unless it is allied to smart management, disruptive business and motivated citizens (The Economist 2016). It is up to the governments of each country to play a key role in the technological evolution, in the lives of the populations and the sustainability of the implementation implies that the decision makers conduct this process according to the expectations for the technology of the citizen who looks for availability, accessibility and security.

The application of KAIZEN™ methodologies in parallel with the movement of digital transformation in cities and territories becomes mandatory. It is necessary to integrate its basic principles into the management model employed by decision-makers, with a view to maximising the value given to the citizen and the constant elimination of waste. We live in an era where it is crucial to do more with less, assuming a notorious shortage of the natural resources of our planet. This problem leads to the need for cross-cutting, integrated, interpretable and efficient approaches. Decision-makers must master the entire value chain and all management approaches (mobility, transport, waste, energy, water, among others, maximising efficiency and always putting the citizen at the center of the strategy).

In a world where there are many challenges and immense opportunities, it is essential to understand that the results achieved by technology will be better as the level of organisational and operational excellence of a city or territory increases. The limitations associated with the intelligent functioning of whole cities show that we are just at the beginning of the road. However, the good news is that the future is already tomorrow and we have no choice but to be prepared.

The Economist. (2016). Startup My City – Smart and sustainable cities: opportunities and challenges

Khanna, P. (2016). Urbanisation, Technology and the Growth of Smart Cities